Meet Wally & Mary, the duo behind Drop Bears. Together they provide heritage based shows and newsletters featuring an entertaining mix of their own original poetry blended with traditional and modern works of Australia’s amazing line-up of poets, song writers, and story tellers. The eMuse Newsletter and Drop Bears shows are aimed straight for the funny bone with a few stray shots pointed at the heart.

Wally is a multi-award winning Performance Poet experienced in writing for and performing at large scale productions, judging, club administration, and, major events.  A born entertainer equally at home with large audiences and small groups, young, old or somewhere in between.

Share his passion for our Australian culture which he casually drops in between his yarns and poems.  You just might learn something while you’re laughing out loud.

Wally has written, co-written and performed in thirty large scale productions at Agricultural shows.  With casts as large as 250+, each has been a whirlwind of Australian history and culture.  Learning to perform while keeping clear of galloping horses, rushing cattle, and horse drawn vehicles has been interesting, unexpected challenge to say the least.

Titles of some of these shows include:  “Salute to the Outback”, “The Waltzing Matilda Story”, “Siege at Glenrowan”, “Phar Lap”, “Gold Rush Road”, “Centenary of Anzac” plus five different local centenaries and a 150th 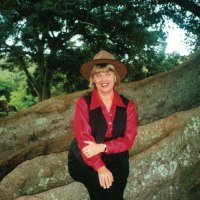 In fun we call her the original Burpengary Blonde but she’s not dumb.

Although Mary is an accomplished multi award winning poet, her first love is singing.  In recent years she has rediscovered her classic trained voice and applied it to country music with a magical effect that’s a pleasure to the ear. Mary blends the old favorites in verse and song with some of the newer classics among her popular selections.

Be part of the bush poetry and Australian heritage conversation by subscribing to our eMuse Newsletter.